Beauty of style and harmony and grace and good rhythm depends on simplicity. - Plato

What the hell happened to me?

He’ya ladies!
Long time no blog!
There are a lot of things happened these past few weeks. First, my laptop doesn’t work anymore. Good thing I have this friend of mine, who lend me his mini notebook. I can use it as long I as need it, though I’m planning to buy a new one in a couple of months. I’m lemming about this Sony Vaio costs 3700dhs. And I want a pink one. 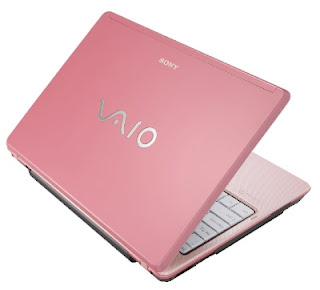 And next, is about my career. No need to explain this further. It was really a mess. *sigh* Thank God that I was able to managed. It has been proved that no matter what happen, God is always there and He won’t let you down. Just have faith. I thank God for the new opportunity he gave.

Third, I am advancing my level of career. And they put a lot of pressure on me. Arggghhh! New work. New environment. New people to work with. I’m wondering how do I look after 3months. A bit tanner, maybe?

Last 2008, I was advised by my boss that I’ll be having my three months training in Japan. Mixed emotions perceived through me. I felt really excited knowing I will experience the coldest season (and the snow, of course) in my whole life. On the other hand, I felt quite nervous anticipating what will happen for the next 3months. Wondering how I can manage myself since that will be my first time being miles away from my family and friends. And also the homesick thing.

My destination was in Hitachi City, Ibaraki-ken, Japan. It is a 5-hours drive (I think) from Tokyo City. But could take 2 hours taking the Shinkansen or known as the bullet train. :)

Here are some of the joyful moments I had during my stay in Japan. 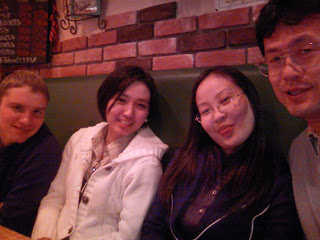 During our welcome party. (L-R) Jacek, Me, Geri and Morita-san (Kuddy) 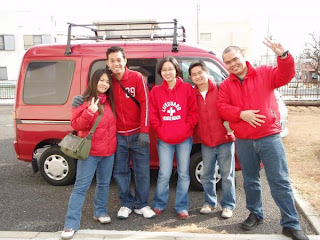 The Red Team. Had our first Sunday @ the church. 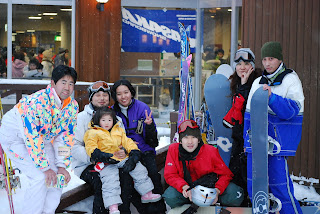 @ The Gran Deco Snow Resort, I tried snowboarding and I stumbled more than 50 times reaching the finish line. Lolz. 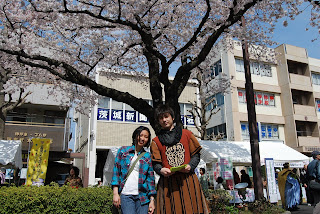 This was during the Sakura Festival and he was so handsome. *wink* 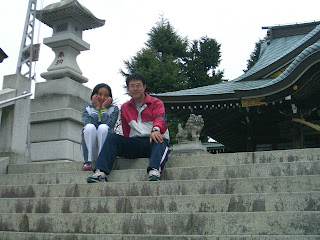 Me and my Kuddy (Kuya and Daddy in one) after our tennis game. 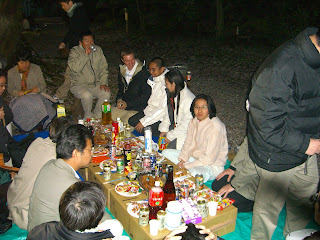 During the Hanami Party, it is a tradition where in we eat, drink and have fun under the Cherry Blossom. 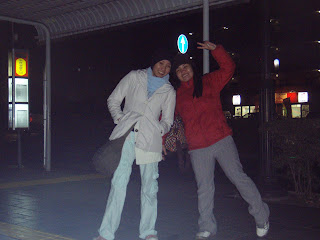 Had a cool shot before heading home. 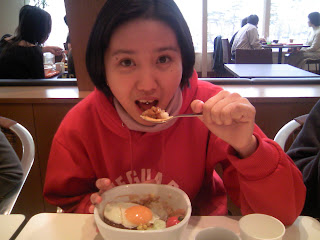 Yummy pork sumthin'. (I forgot what was the exact name! Lolz) 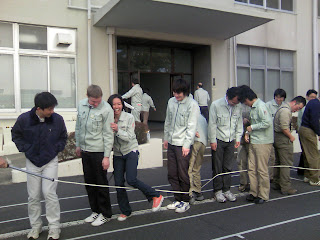 Tunahiki (Long Jumping Rope), every year Hitachi held this competition just for fun (I think heheh). Those people who work in the factory won, of course they do exercise everyday. They made more than a hundred jumps. Wow! 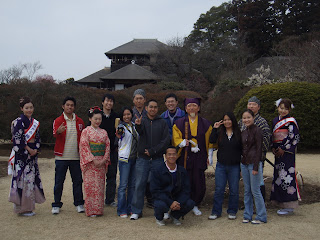 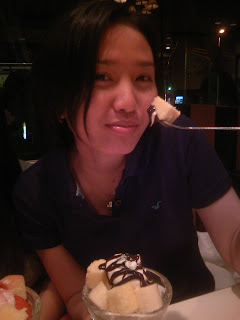 Given the chance, I would definitely come back in Japan. My second home. :)

Issuance of e-passports for Filipinos begins

DUBAI — A new electronic passport with far better security features is now ready for issuance starting today, June 14, at the Philippine diplomatic missions in Abu Dhabi and in Dubai to the over 400,000 Filipino expatriates here.

The e-passport will replace the old green passport and the brown machine-readable passports (MRPs) issued to the Filipino expatriates earlier after the validity of these passports ends.

Enrollment for the e-passport will be done from 8:30am to 5pm. But, payments are accepted at the cashier only until 4pm.

Vice Consul Edwin Mendoza at the Philippine Consulate General in Dubai advised those who will enroll for the e-passport to bring along with them their old passport, a photocopy each of the front, visa and back pages of their expiring passport, and Dh240 in cash.

He explained that the payment for enrolling in the e-passport is costlier by Dh40 as compared to the two previous types of passports because everything needed to process the e-passport is done in security pages and imbedded in micro chips.

Consul General Mendoza said that applying for enrollment in e-passport is done on a first come first served basis since the two permanent staff assigned to do this will be on adjustment phase.

“We will be accommodating a maximum of 80 applicants during the  first few weeks and those who cannot be enrolled for the day have to make an appointment with the Philippine Consulate personally.”

Mendoza clarified that those with the old green passport and the brown  MRP may continue to use the same  until six months before the expiry of their passports.

He said that since the applications for the e-passports will be sent to Manila, applicants can expect to receive their passports one month from date of application.

Yesterday, me and four of my flat mates planned to invade Dubai just to look for a window curtain (lolz). I felt so excited because that was my first time to go to Dubai just for fun. I stayed in Dubai last month only for four days and I cannot bear travelling Dubai to Abu Dhabi every day. That’s why I came back here in Abu Dhabi hehehe. 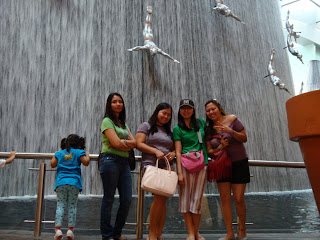 Anyway, Dubai Mall was our destination. Since the mall is huge, we just looked for a few outlets (with a few picture takings lolz) and headed to Gold Souq where in we can have a good view on Burj Khalifa. Since I have no idea what will I spot outside, I felt in awe when I saw the world's tallest building. I was so amazed when the music started playing and the fountain nearby came into life. I wasn’t able to record it in a video, my bad. 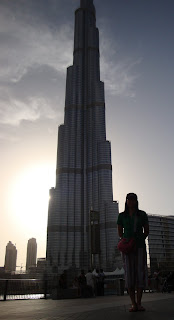 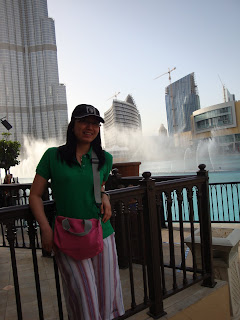 Afterwards, we had our snack/dinner at Fridays. 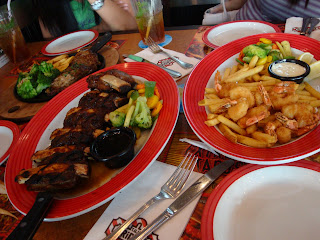 And before I forgot, we can’t find a good curtain in Dubai Mall so we straight ahead in Khalidiya Mall in Abu Dhabi. Hehehehe. We came home around 12midnight and I started to catch up my laundry. I slept around 4am. Good thing, I have no work the next day, yippee!

Posted by zynchi at 3:27 AM No comments:

Just want to share some of my brother’s design from his portfolio. By the way, he is a graphic artist. :)

If you want to arrange some business with him, feel free to contact me @ xwlafg@rocketmail.com. 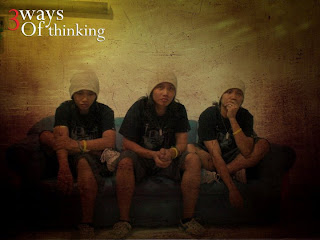 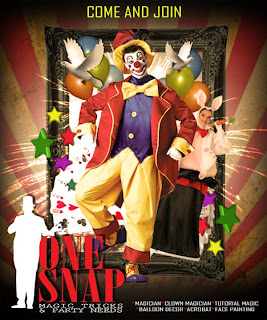 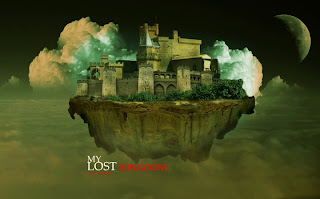 Thank you for everyone who has been supporting me & my blog all this time. I want to do this mega giveaway for all of you (my lovely readers) - Nikki of ewwitsnikki 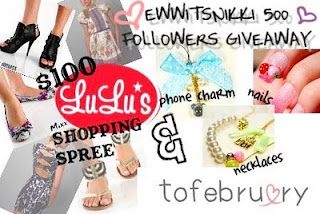 Since its Friday (and still no salary), I don’t have plans on going out. A couch potato. But around 3pm, one of my flat mates came to our room and said he was hungry and asking for a Halo-halo. It’s too hot outside (around 40degrees) and we are lazy to get up from our bed. Afterwards, we had a little talk about foods and where will have our dinner. Almost every Friday, we have our dinner outside. So we’ve decided to go to Chillis for a change. And since many of us still haven’t received our salary, one of our flat mates is willing to take charge for the bill.

We left the building around 6pm and since it’s too early for a dinner, we strolled inside Abu Dhabi Mall for a window shopping. Waaahh there are so many SALE items!! But I’m disciplined enough not to buy and I stick to my goals and priorities, head’s up!

It’s already 8pm when we headed to Chillis. While we were still outside of the restaurant we’ve decided to contact our other flat mates so we can pay more little for our shares hehehe and also to serve as a bonding. 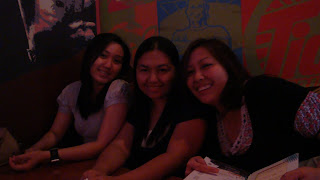 me, ate lou and ate cris

When we got inside, it feels like we are in Malate. We were in nostalgic mode because the design was Filipino inspired. There is a pedicab, a graffiti some of the places in Manila like Tondo and Pasay, LCD monitors hanging on the wall for videoke, a small stage for the live band and also the food (they offer Filipino foods like sinigang and sisig). And one thing, almost kabayans were the customers. :) Oh the downside is we were not allowed taking pictures inside the bar but we used IPHONE as our camera. The ladies on the other hand (yeah we are camwhores!), took pictures inside the comfort room. :P 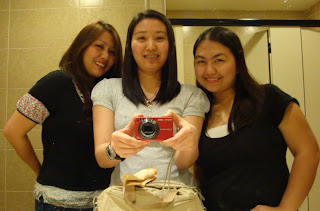 The live band was sooo good. They have 1 male vocalist with keyboard and lead guitar, 1 gay comedian and also a singer, and 3 female vocalists. They are also Filipino. I had so much fun because aside from their singing, their gay member acted like Vice Ganda or Tsokoleyt. Their set started 9pm for 5 to 6 songs (I think) and play the videoke during their break. They had 4 sets until 3am. 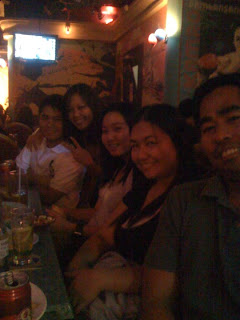 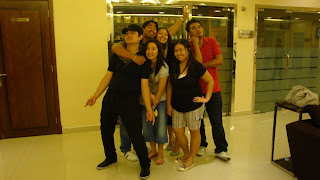 my gang! others are still inside dancing! :D

Some of us decided to go home around 2am because we still have work that day hehehe. We came around 230am and prepared myself for a 3-hour sleep.

At the office, I was sleepy head. Good thing, my boss was not around so I just watched One Tree Hill to cheer me up. :)

Search For An Entry

Say What You Want!